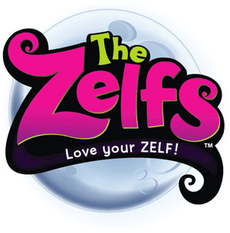 The Zelfs is a franchise of toys made by Moose Enterprise. Six waves were made, each containing a rare figure.

The Zelfs was created by Moose Enterprise as an expansion of their catering towards girls, after the success of their boys' line - the Trash Pack. The franchise was launched in the summer of 2013, with products landing on store shelves in August.

The toys are distinctive for their wacky hair. It comes in vibrant colours, depending on the character, and reaches a high height, unlike common fashion dolls. They have glass-like eyes, and their faces bear smiles, which is an attribute of their popularity due to their 'cute' expressions. They all have different powers, which include Positivity, Discovery and Awesomeness - as well as unique Zelf markings which according to commercials shows their own identities.

Comparison to other brands

Retrieved from "https://zelfs.fandom.com/wiki/The_Zelfs_(franchise)?oldid=6065"
Community content is available under CC-BY-SA unless otherwise noted.